The Illusion of Autonomy 7

Oh, now upon returning to the “Waking State” [1] each day (it’s generally called “waking up”), it’s as if there’s automatically a sense-of-self present as soon as you open your eyes eh ? But what’s not seen is that sense of “me” is subconsciously generated, it’s not that it has any power of autonomy at all, it just “seems” it has eh ?

“Pah” you will likely respond, but here’s the “key” : It’s by reversing the direction of attention [2] that it’s possible that the sense of “me” fully dissolves and only non-dual-perception itself remains eh ? 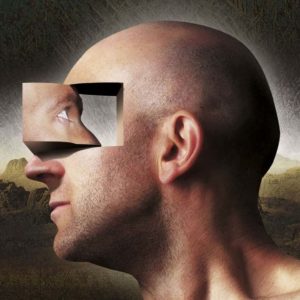 However, paradoxically, as I see “it”, even the intention for such “reversal” is subconsciously directed … the point is with enough repetition a new subconscious “routine” is formed that if Triggered gives the impression it’s “you” who decides-to-do-it [3] eh ?

“Mere suffering is, no sufferer is found;
The deeds exist, but no performer of the deeds:
Nibbana is, but not the man that enters it,
The path is, but no path traveler is to be seen.”

No doer of the deeds is found,
No one who ever reaps their fruits is found,
Empty phenomena roll on,
This view alone is right and true.

No god, no Brahma, may be called the maker of this wheel of life,
Empty phenomena roll on,
Dependent only on conditions all.”

“Seeing that everything is self-perfected from the very beginning, the disease of striving for any achievement comes to an end of its own accord, and just remaining in the natural state as it is, the presence of non-dual contemplation continuously, spontaneously arises” from The Crystal and the Way of Light

[1] Ah, there are broadly speaking four states of human consciousness eh ? Waking, Dream, Dreamless Deep-Sleep and Turiya (Rigpa)
[2] Please see notes [1] and [4] from Integral Presence
[3] As per the fMRI experiment in The Illusion of Free Will

7 thoughts on “The Illusion of Autonomy”