Realization in the Way of Light

The Way of Light is a non-dual, direct teaching, which actualizes the self-recognition that you are the Absolute: the perfect Buddha Mind, Brahman, Allah or God; now and have always been.

As the Absolute Consciousness you modulate yourself into and as, all other states: like pure water appearing as ice, while never not being water. 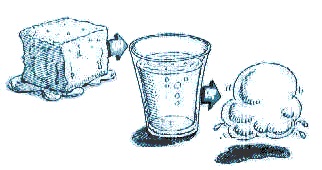 The “secondary consciousness” [as self / ego] is actually the primary Absolute Consciousness, but only contracted into a localized state. There aren’t two consciousness entities, there is only the One appearing as though a lesser “other”. A small wave is itself not other than ocean.

Living as a localized, seemingly individualized wave, is an experience in itself, but certainly is a limitation to knowing oneself as being the entire sea. It’s in this state of self-contracted limitation, accomplished through self-limiting “thoughts” and “concepts”, that all the suffering and feeling “cut-off” from the Whole, occurs.

Being always the Absolute Consciousness, all limitation and lesser states of consciousness can only be self-imposed. Why only “self-imposed” ? Because there is no “other”.

In the Vedantic tradition they say : “You are That”

The Sufis, in gnosis declare : “I am He”

The Advaita Vedantists say : “You are Brahman now”

The Dzogchenpas say : “You are Kunje Gyalpo, the Supreme Source” [1]

The Kashmiri Shaivists declare : “You are Shiva”

The Kabbalists realize : “There is only God”

Previous to the death of the 16th Karmapa, Karmapa appointed Lama Gendun as the one who had fully realized the Buddha Enlightenment and to be representative of his teaching lineage after his death.

The recognition of the nature of mind is the only thing that we actually need – it has the power to liberate us from everything and to liberate all beings in the universe, too.

All phenomena of the external world are only the manifestations of the luminosity of our own mind and ultimately have no reality. When we allow our mind to rest in the recognition that everything that it experiences is its own projection, the separation between subject and object comes to an end. Then there is no longer anyone who grasps at something and nothing that is being grasped at – subject and object are recognized to be unreal.

In order to experience this, we allow our mind to remain in its ordinary consciousness, the awareness of the present moment, which is the deep, unchanging nature of mind itself and which is also called “timeless awareness” (yeshe). That is the natural insight that arises spontaneously when in every moment we look directly at the true nature of mind.

In seeing the nature of mind, there is nothing to “see” since it is not an object of perception. We see it without seeing anything. We know it without knowing anything.

The mind recognizes itself spontaneously, in a way beyond all duality. The path that leads to this is the awareness of the present moment, free of all interference (daydreaming). It is an error to think that the ultimate truth is difficult to recognize. The meditation on the nature of mind is actually very easy, as we do not have to go anywhere to find this nature. No work needs to be done to produce it; no effort is required to find it. It is sufficient for us to sit down, allow our mind to rest in itself and directly look at the one who thinks that it is difficult to find the nature of mind. In that moment, we discover it directly, as it is very close and always within easy reach.

It would be absurd to worry that we might not succeed in discovering the nature of mind, as it is already present in us. It is sufficient to look into ourselves. When our mind directs its gaze upon itself, it finds itself and understands that the seeker and the sought are not two different things. At the moment, we cannot see the nature of our mind because we do not know HOW we must look. The problem is not that we do not possess the capacity for doing this, but that we do not look in the right way.

All esoteric traditions have the single goal that one’s current state of limited, localized consciousness, realizes its true nature and actual Beingness.

They say by looking into the inner nature of your own “personal” consciousness, that your true nature as being the Absolute Consciousness will be revealed.

It is suddenly self-revealed, like a lightning flash of super-clarity, that you were always the Absolute Consciousness pretending to be the limited, localized consciousness, felt as “me”.

However, this revelation is being seen and experienced from the perspective of the Absolute Consciousness, while the personal “me” is suddenly dissolved and absent. There is no doubt or uncertainty regarding true identity in this moment.

Afterwards, the mystic expresses this mystical revelation with such phrases as: “the self is the Self appearing AS the self” or “God is pretending to be me” or “I am the Buddha” or “I am Brahman” or “I am Shiva” or “God and myself are One”.

This mystic revelation is also the source of the phrase : “To know oneself is to know God (Buddha, Brahman)”.

In this moment, it becomes clear and known that the little personal “you”, never thought, intended or acted; only the Absolute Consciousness has ever done so, but it also intended the feeling in the little self “I thought”, “I intended”, “I acted”, giving the illusion of personal autonomy to the little self being projected to feel like “me”. Even the “me” feeling wasn’t yours. 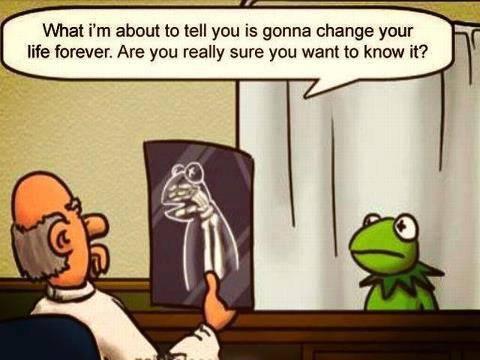 It’s not the little egoic “me” that realizes this, it actually is only known during the total absence of the little me and the little “me” can’t do anything to bring about its own absence; how could it since it has no autonomy at all, but is only a puppet of the Absolute (who you actually are) ?

Looking inward into one’s own consciousness, an act being intended and enacted by the Absolute, it dissolves into Itself.

It’s a bit like an ice cube running all around, seeking to find something called water, looking everywhere other than directly into its own nature.

“All beings are primarily Buddhas.
Like water and ice,
There is no ice apart from water;
There are no Buddhas apart from beings.
Not knowing how close the Truth is to them,
Beings seek for it afar — what a pity !”

To rediscover your Absolute Consciousness; close your eyes after reading these instructions:

With eyes closed, notice if you are conscious and aware. Make sure, with no doubt.

That conscious awareness is the exact Conscious Awareness of the Absolute or Buddha Mind or Brahman or God. There is no “other” or “Other”. It is You ! 🙏