The Superfluousness of Gab ? 5

It is from the book Ask the Awakened: The Negative Way :

The faculty that distinguishes man from all other animals is that of speech, and he makes use of it with the enthusiasm of a convert and the lack of moderation of a child with a new toy. The popular notion of government, at all levels, is government by talking, and often it amounts to little else. The inefficiency of this is demonstrated by the fact that when obvious security is at stake, as in the case of ships at sea and armies on land, government by talking is abandoned and there is substituted for it the rule of one man, whose word is law and whose words of command are so brief as to ignore syntax. When it has happened that in the first enthusiasm of popular revolutions that natural law has been temporarily abrogated the ship has been known to sink and the army to be beaten.

It is instructive, and also entertaining, to observe that one of man’s methods of showing respect, on the death of a celebrated individual or in commemoration of a catastrophe, is to observe one minute, or even two, of silence, that is to refrain from talking for that all too brief period; and that has been apt to prove too great a strain for regular application. It would appear that the maintenance of silence is well-nigh insupportable to the average man, and at the same time he cherishes an illusory notion that almost anything can be achieved by chatter. Verbiage is his primary occupation, and his method of self-assertion, and in many countries even a musical programme on the radio rarely lasts for more than a few minutes without being interrupted by an outburst of entirely superfluous ‘gab’. ‘Gab’, in short, is his idea of living, and he expresses his ideas, even the most erudite, with the exception of higher mathematics, in the greatest possible number of words instead of in the fewest.

But talking is probably the greatest hindrance to the development of man’s spiritual possibilities, and of all forms of activity the one which most efficiently bars his way to that higher state of consciousness which is his unique possibility, his right, and his only certain justification. This is hardly an original observation; the Ch’an masters evidently knew it – since they spoke so briefly as to be barely comprehensible, and the most vital sutras, shorn of subsequent repetition, give their message in a few lines. The fact is recognised in Christianity by the Trappists and in India yogis impose on themselves long periods of silence, and, when abroad, single days at stated periods.

This need not be taken to mean that even the most serious occidentals who follow the urge towards enlightenment should abandon speech. In the course of every twenty-four hours one-third is already devoted to silence, but they might perhaps realise that chatter is not only a hindrance, as has been pointed out, but is quite clearly a psychological mechanism of defence against progress on that path on the part of the skandha-impulses operating in collaboration with the I-concept developed by the phenomenal ‘individual’. It is neither difficult nor rare to be able to observe that mechanism in operation, and in such cases at least mental discipline, as it is called, is necessary, though the element of discipline should be merely a result, the result of understanding and observing that mechanism at work. This understanding need in no way hinder communication of ideas, of all kinds of interesting observations, of humour, even of gossip – for there are sixteen hours available for all that as well as for periods of silence.

Perhaps there need not even be anything so formal as periods of silence, but just an abandonment of absolutely superfluous ‘gab’? 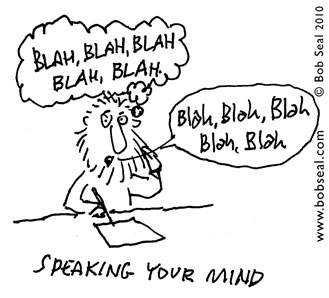 If we take a flower and pull off its petals, where do we find the flower? Wherein lies the essence or the inherent nature of this flower? Pulling off all of the petals, we find that there is nothing of the flower left behind. We search for the flower and we find nothing, only a pile of petals on the ground. But where is the flower? Each petal that we have pulled off is not the flower. All of the petals belong to the flower, but the “flower” in itself is nothing, only the sum of its parts. It has no independent existence, therefore, it is empty.

The concept “flower” is created by our minds. In this concept, the three times are joined in our mind; we have memories of flowers in the past and we anticipate seeing flowers in the future. But these objects do not have any inherent existence. We only find a collection or aggregate of parts; a pile of petals, but no flower. It is the same when we examine our body or our mind. We find an aggregate of parts, the skandhas, but we do not find any owner. There is no self or substance.

Everything is created by thought and nothing exists inherently. By our becoming aware of this, the power held over us by karmic traces becomes less. Only the names exist, but they do not exist as real independent objects. Yet we become more and more involved with these fictitious objects and attached to them, and so we continue to revolve in Samsara.

5 thoughts on “The Superfluousness of Gab ?”